On the unanimous recommendation of a search committee consisting of faculty, staff, and members of the University of Evansville Board of Trustees, UE president Christopher M. Pietruszkiewicz announces that Holly Carter, PhD, will be the new executive director and dean of Harlaxton College, the University’s study abroad center. She has been serving in an interim role as principal for the past two years.

Harlaxton College is housed in an exquisite, 200-room Victorian manor built in the 1850s and located in the countryside of Lincolnshire, England, near the town of Grantham. The first students to study abroad at the manor were welcomed in 1971, and over the last five decades, it has been a second home to thousands of students. Immersed in the culture of British life, students can spend a semester overseas completing both general education and program-specific courses while touring other popular European destinations. Harlaxton provides study abroad opportunities for UE students and for students at the University's partner institutions across the nation. 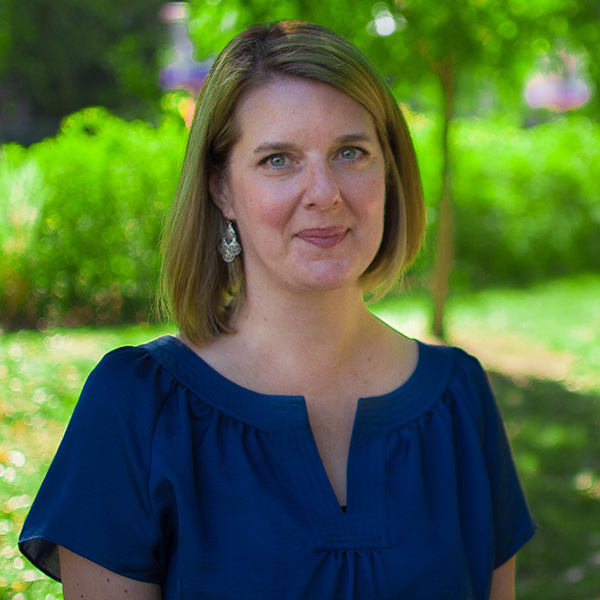 Carter will supervise both the academic services of Harlaxton College as well as its business operations. As the dean, she will join the UE academic affairs leadership team and will be responsible for Harlaxton’s curriculum, assessment, course scheduling, and ongoing partnerships with other universities. As the executive director, she will manage filming opportunities as well as bookings for weddings and conferences.

"Holly has been an exemplary leader at Harlaxton for the past two years, especially in the midst of challenges brought on by the pandemic,” said Pietruszkiewicz. “She brings a wealth of knowledge, experience, and innovation to this new role, and we are confident she will lead Harlaxton to new levels of outreach and success for the next generations of study abroad students.”

“I am humbled and honored to be placed in this position of trust,” said Carter.  “Harlaxton means so much to me and to so many people in Evansville and beyond. In my new role, I will endeavor to keep the manor and the college thriving for generations to come.”